Dudebros on the bus
Your vulgar misogyny
Is quite unwelcome

Once again, we have my (mildly) edited notes for this year’s Oregon Brewer’s Fest! Let’s get moving. 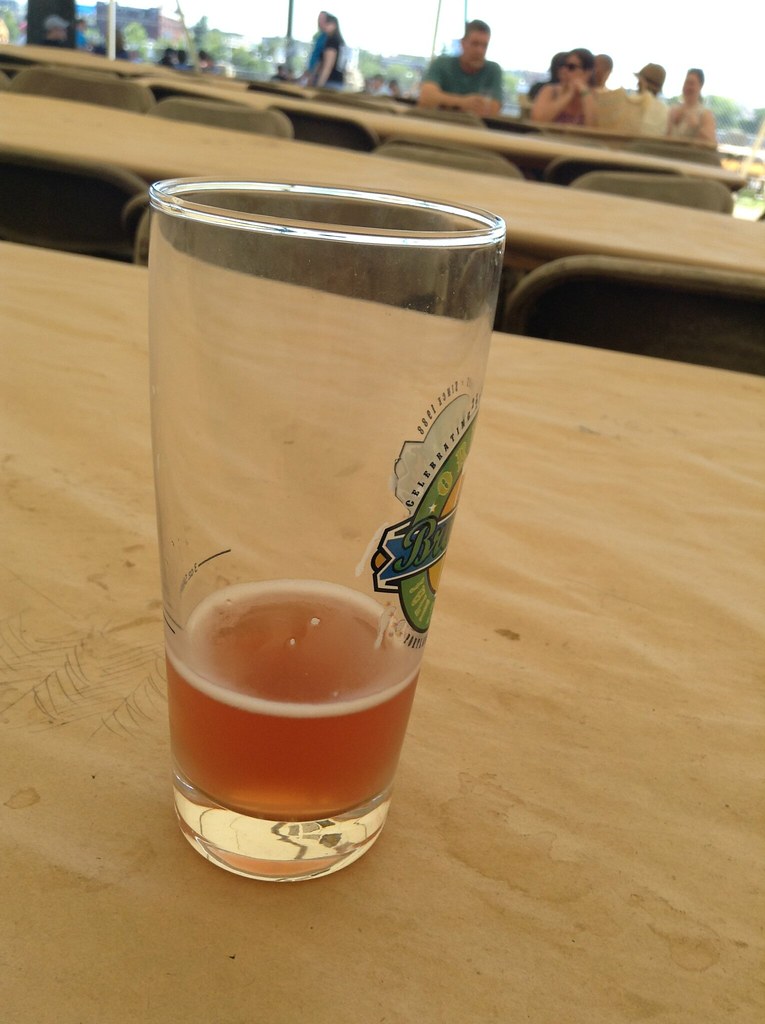 Beer Valley: Heavy Sugars Honey Ale- (pic) Nose has a farmhouse/creamed corn taste. Hint of plum? But there isn’t much else. It needs more of something; as it is, it tastes ethereal. Color is a nice pink though.

Dogfishhead: Aged Strong Ale- I can’t decide on this one. It starts solid but I get a soapiness in the finish. It’s just harsh, young and not ready for prime time.

Elysian: Perfesser Belgian blonde- nose has a funk, thought it was Belgian yeast but no; Brettanomyces yeast is doing that. It’s restrained though, as a sour but the finish is pushing me away, getting more funky as I sip it.

North trailers are too
Hot: people gravitate to
Shade: more trees next year

Crowds make the Southern
Ales challenging to get
Nobody likes lines

Deschutes: Gluten Free NW Pale- Nice. Dry finish, dankish nose is not too strong, easy to drink. One of the better ales I had. 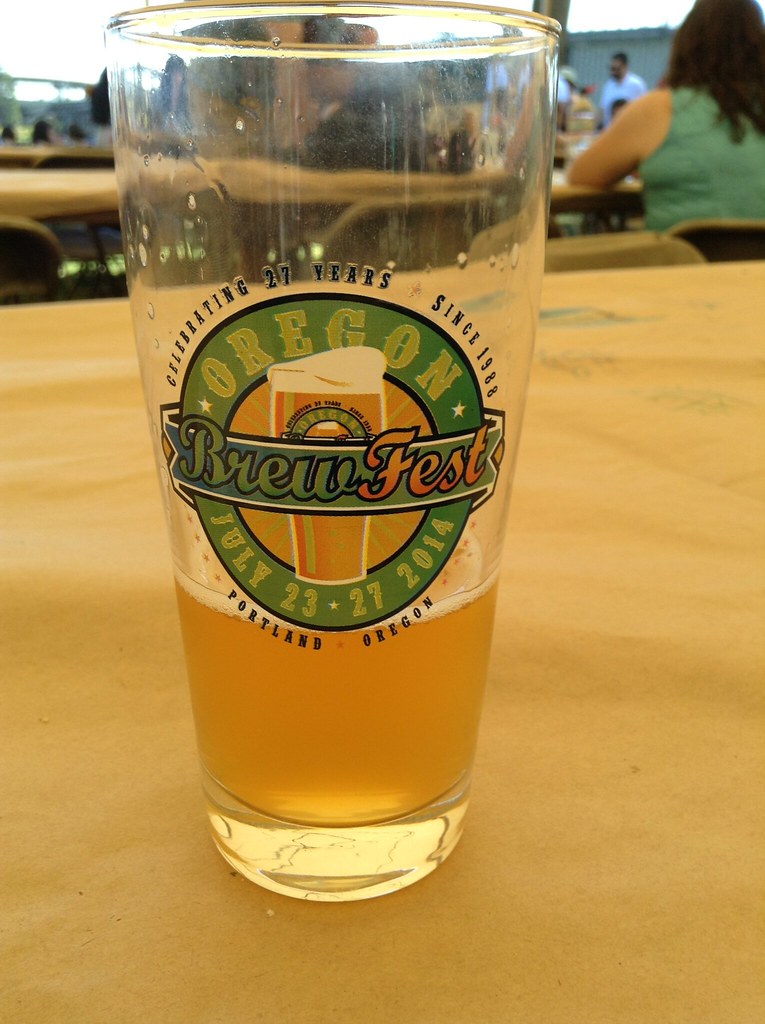 Logsdon Farmhouse: Straffe Drieling Belgian tripel-(pic) soft Bazooka Joe flavor with a hint of white wine dryness. Chamomile is notable, and somehow it all comes together to be pretty quaffable.

Sierra Nevada: Coffee Milk Stout (collaboration with Ninkasi)- There is no milk here. It is a coffee stout, and barely achieves that on mouthfeel. Sigh.

The Dudes: Grandma’s Pecan Brown english nut ale- Expectation of pecan not quite met but this is a nice brown ale. Roasted quality is nice, a little nutmeg but it’s restrained; all in all I like it.

Sprecher: Abbey Triple Belgian tripel- Nose is nosy. Bah. But the flavors are soft, nothing to clove, fruity or harsh. Dry finish. I like this quite a bit, once I get past the nose.

Nimbus: Old Monkeyshine Ale, strong ale- I got this in part because of the name, I’ll admit. The beer is roasty. It’s a little thin but it’s not a bad beer. Strong ales just need to have a bit more density/oiliness in the mouth, to me.

Fitger: Hoppulujah IPA- Nice IPA. Grapefruit nose, nice bite on finish but there is just enough restraint to make it all work., since there isn’t a big malt presence. Dig it.