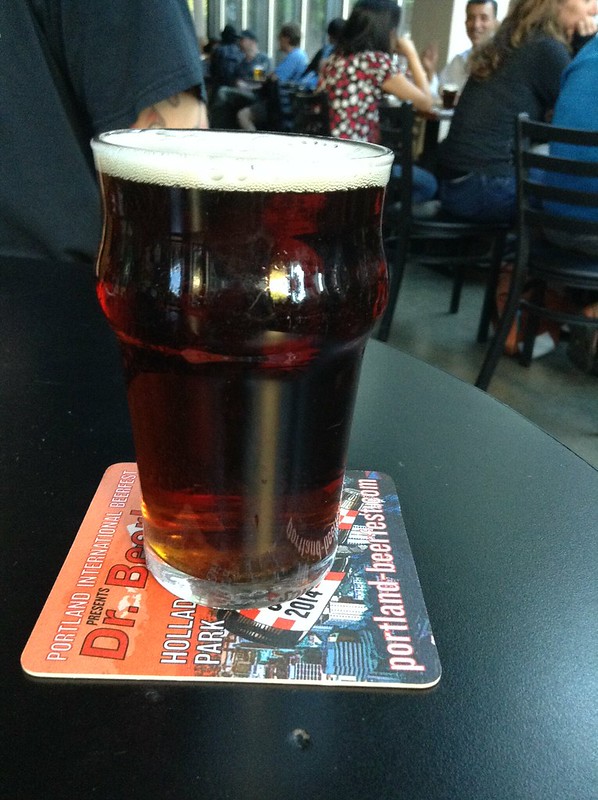 I get a Pfriem Belgian Strong Dark; the malt does a nice job of keeping the belgian yeast flavors in check. Dig it. I’d have another if there weren’t so many things to try, tonight. But that’s the last note I get to make about beer for the evening because it’s so lively at Bailey’s.

I still love it here, and this is partly why:

I have come to Bailey’s to play some Magic with Noah and shortly after we grab a table, we run into a couple that he knows from work. So we invite them to sit down and have a nice conversation: Noah and I just set aside our initial reason to be here so we can talk. Cities we’ve visited, short personal histories and beer recommendations are exchanged.

Eventually, his friends decide to head down to the Oregon Brewer’s Fest and that allows us to break out the cards and start to play…but the next thing I know two English ladies, Dawn and Joyce, have joined our table. Boom. “What can you tell us about how to play this game?”

They’re on vacation and are interested Magic. No, I don’t get it either. Suddenly, we are giving them an overview of how to play and it’s an experience that is both odd and awesome at the same time. The ladies are friends, currently living in Amsterdam and Shanghai respectively and had decided to meet in Portland to catch up and vacation together along the West Coast. Pretty cool!

I mean, they ended up being oddly entertained by two geeky Americans and weren’t nearly adventurous enough in their beer choices in my opinion (they got the same thing over and over) but what the hell. It’s a strange life sometimes. Let’s keep it that way.

This is why it is good to go out into the world: when the plan has to change and you just never know what the hell will happen, it’s usually at least interesting.