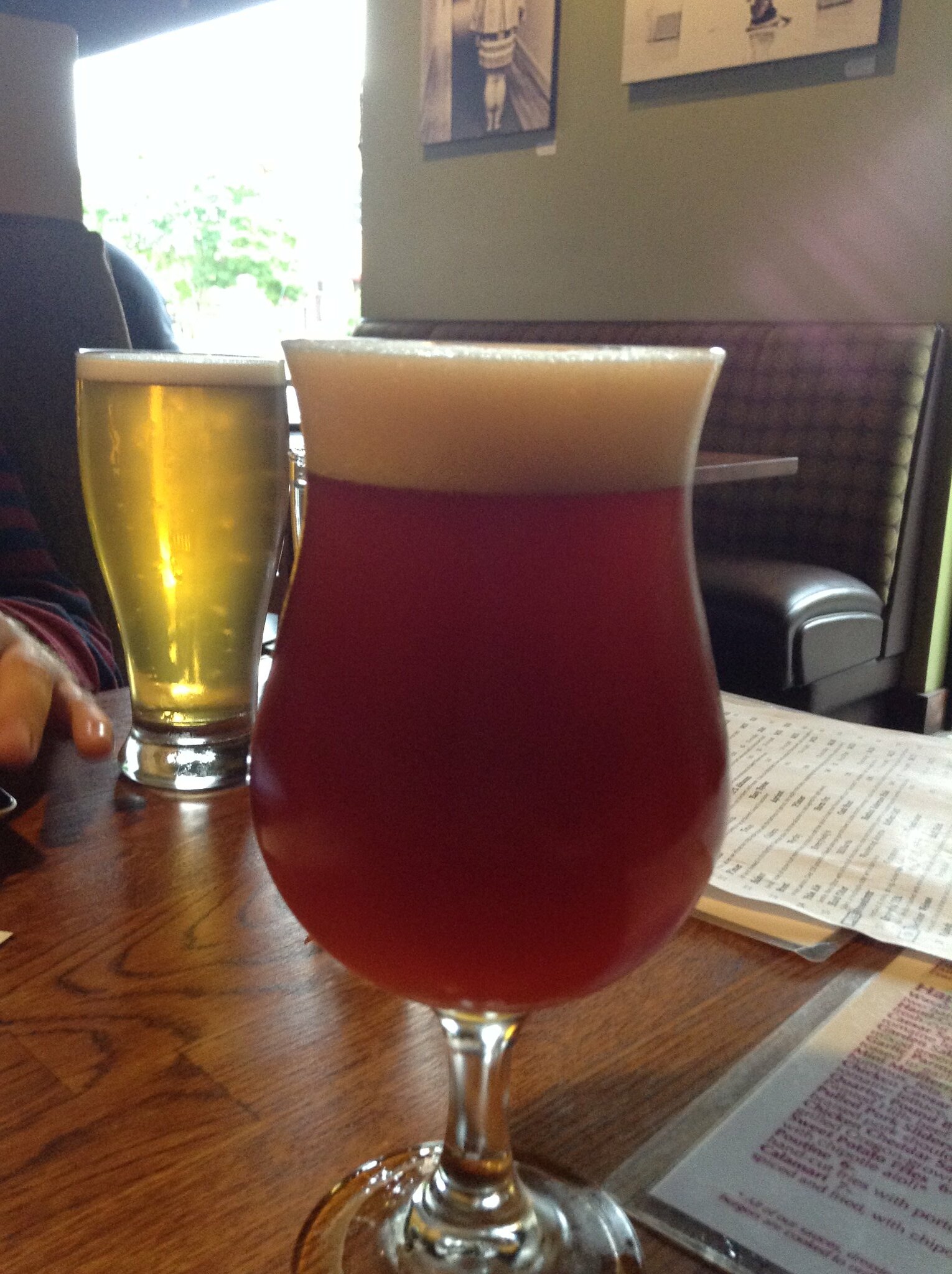 It’s been a long weekend, ladies and gents. I’m gently sunburnt and far more bearded than I’m generally comfortable with, so I’m constantly rubbing my throat as I type at the Hawthorne Hop House to drink a Dopple Dinkle Bock from Deschutes.

The beer arrives. Banana. So MUCH banana. Who said this was a good idea? I supposed there’s some flaming banana quality there, meaning I can taste dark fruit flavors in here but the description suggests a malt profile from Germany with PNW hops and there isn’t a trace of that in there.

It’s so off, I ask the waiter to check the beer. It seems like a mispour; so many Belgian influences; fruit, a bit of fig, sweetness, etc and it just doesn’t seem right! But apparently it’s the right beer.

Now, it isn’t an undrinkable beer.  Not at all. But the gap between what I ordered and what I got isn’t an easy one to jump. This beer isn’t what it should be, so what is it? Well, it bears more resemblance to a Belgian dubbel, both in flavor and strength and I just don’t know what to do now. I can’t recommend this beer, because it doesn’t deliver on what it says it is. On the other hand, it’s not a bad beer, so…you should try it?

On the upside, the waiter was extremely kind and more than willing to replace the beer if I wanted but I decided to delve further into this one and figure it out, rather than send it away.

Interesting things are like that; let’s look into them further. Even if they are failures.