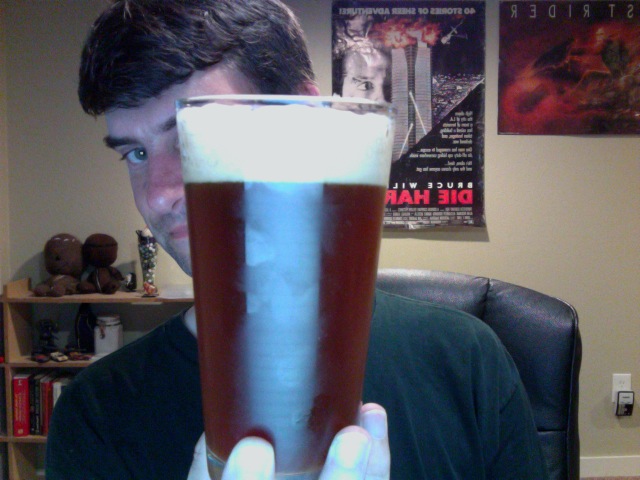 I jumped the gun on the title of this post, which is, in the end, a good thing. See, when I was pulling this recipe from the spreadsheet I thought that I had mixed things up, again, and in a fit of pique I titled the post and then left it. You know how it is with certain screw ups: leave it alone and come back to it the next day, maybe it’ll all seem better.

And it totally did, because I didn’t mix up the recipes! I just needed a day to figure that out.

This ale is a Mirror Pond clone-ish. I had a lot of Centennial hops and I had an idea of the color I was going for, so: ta-da! And it’s not bad at all! It is not as clear as Mirror Pond and has a little more sweetness in the middle but it’s as very solid beer with a nice hoppy, pine influenced nose and a solid bite.

I needed a win, and I got one: This beer is quite good.