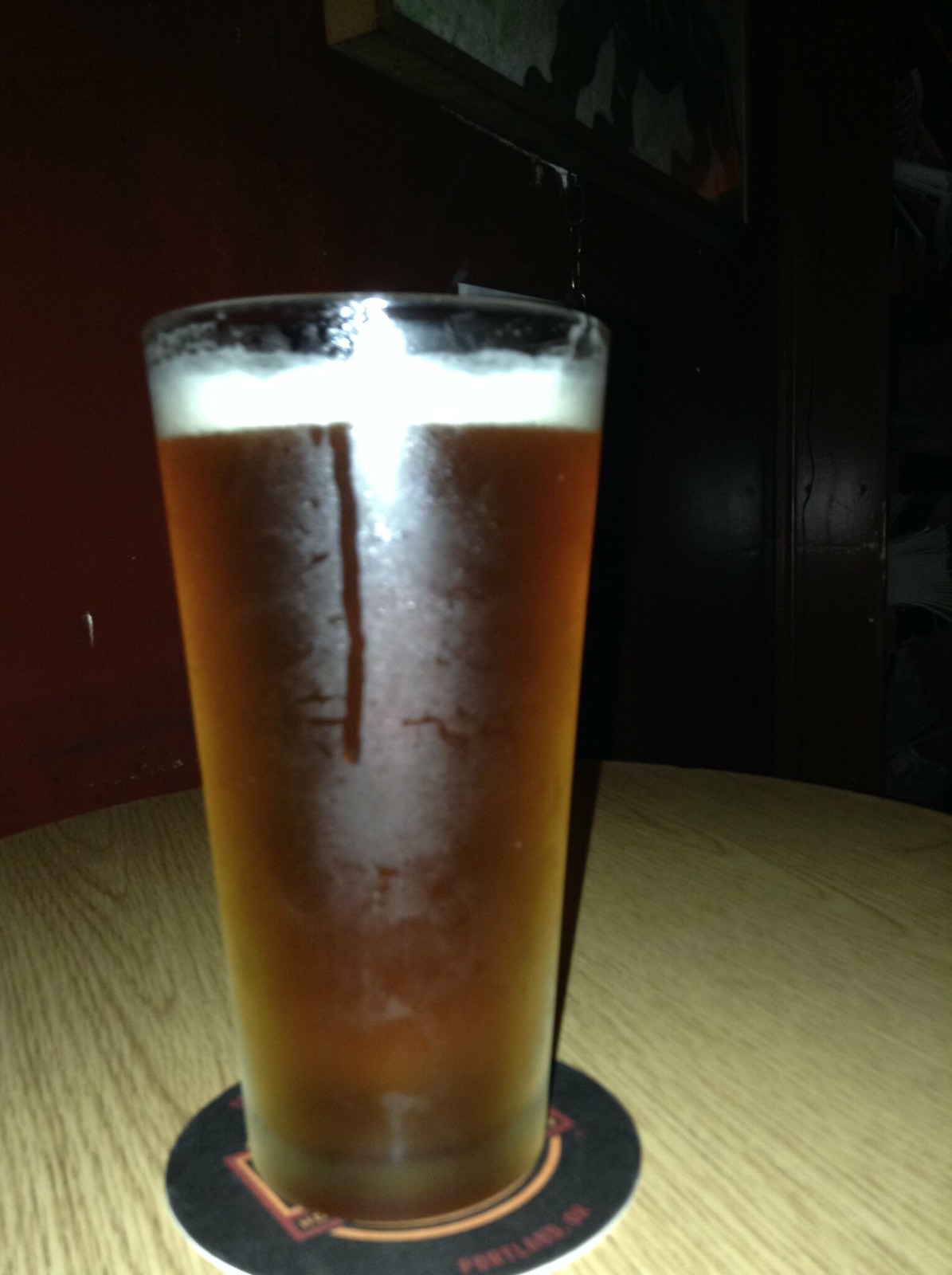 I’m in the darkest part of the Basement pub, which is saying something since the whole place feels underground, despite being on the first floor. In the winter, this place becomes a haven for ghosts and unsightly spirits, hoping to bend your ear for a short haunting.

In the late spring though, with the sun still waiting to go behind the West hills, there seem to be no ghosts in supply…so I have taken up residence in the dark part, a cove that has not seen natural light since this place opened.

I was in Texas last weekend and I have a host of beers to tell you about (though not as much as I might, due to an extremely gracious host who shared his scotch). Attempting to be a polite houseguest, I avoided becoming overly intoxicated but I assure the reader that I tried enough flavors to get a sense that some quaffable ales are being produced in and around Dallas.

It was also a respite from my Oregon life.

Nobody wants a respite from home; the entire point of home is that home is where you find shelter from everywhere else.

In the end, though, home is just a name for where you keep your stuff. It is the people who matter and last weekend, there were people in Dallas for me to meet and enjoy. It was a form of home, despite limiting my access to the “comforts” of home.

Morphine’s Cure For Pain is on and I must smile at the coincidence. I have been searching for cures and finding them in the people I get to meet along the way and doing the work that comes with writing and the 9-5 that most of us bloggers have and perhaps questionable choices that happen when I don’t know what else to do.

Ninkasi’s ale gets sharp in its bitterness but not as sharp as maybe it should be. The Basement pub has much to recommend it including this cove that enterprising couples should make out in, just a little (I did, once upon a time) but it serves the beer in chilled glasses.

Normally I’d make a bigger deal out of this, but it’s warm in here. The door is open, there is a fan on the floor flowing away, some wire metal object working overtime to keep this place from becoming stifling. It’s working, barely. And while I may object to getting a beer in a chilled glass, I can only imagine what it would feel like to get a beer in a warm one. Icky.

Sometimes, you have to accept the limitations of your space.

One thought on “Where I Want To Go: Basement Pub”