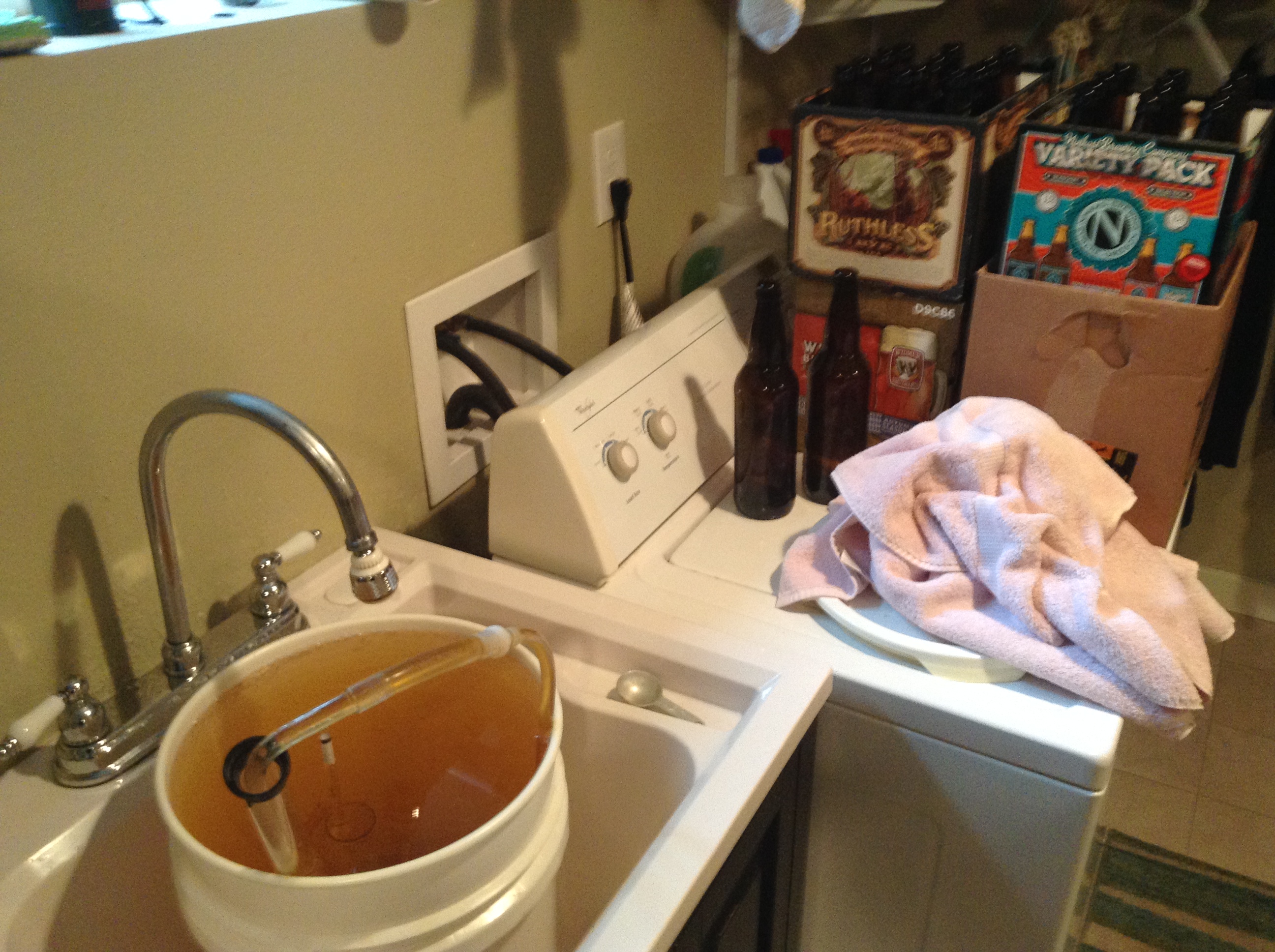 As with nearly all things brewing, the first step is to sanitize everything. All the bottles, all the wands, the bottle caps, the siphon, everything.

This takes time and has to be done in batches so I use an iodophor solution so I can get it all done with the same amount of water.

Next up, I transfer the beer into the bottling bucket. This is mostly done to give me greater access to the beer so I can add bottling sugar, and to take it off the final bit of debris at the bottom. It also makes it easier to get a final gravity reading, which is always nice.

While that’s being done, I’m making a simple syrup of sugar (and it’s just plain white sugar, I don’t get fancy about it) and add it to the beer. It’s important to mix this up a few times as I bottle so that the sugar gets distributed evenly through the beer. 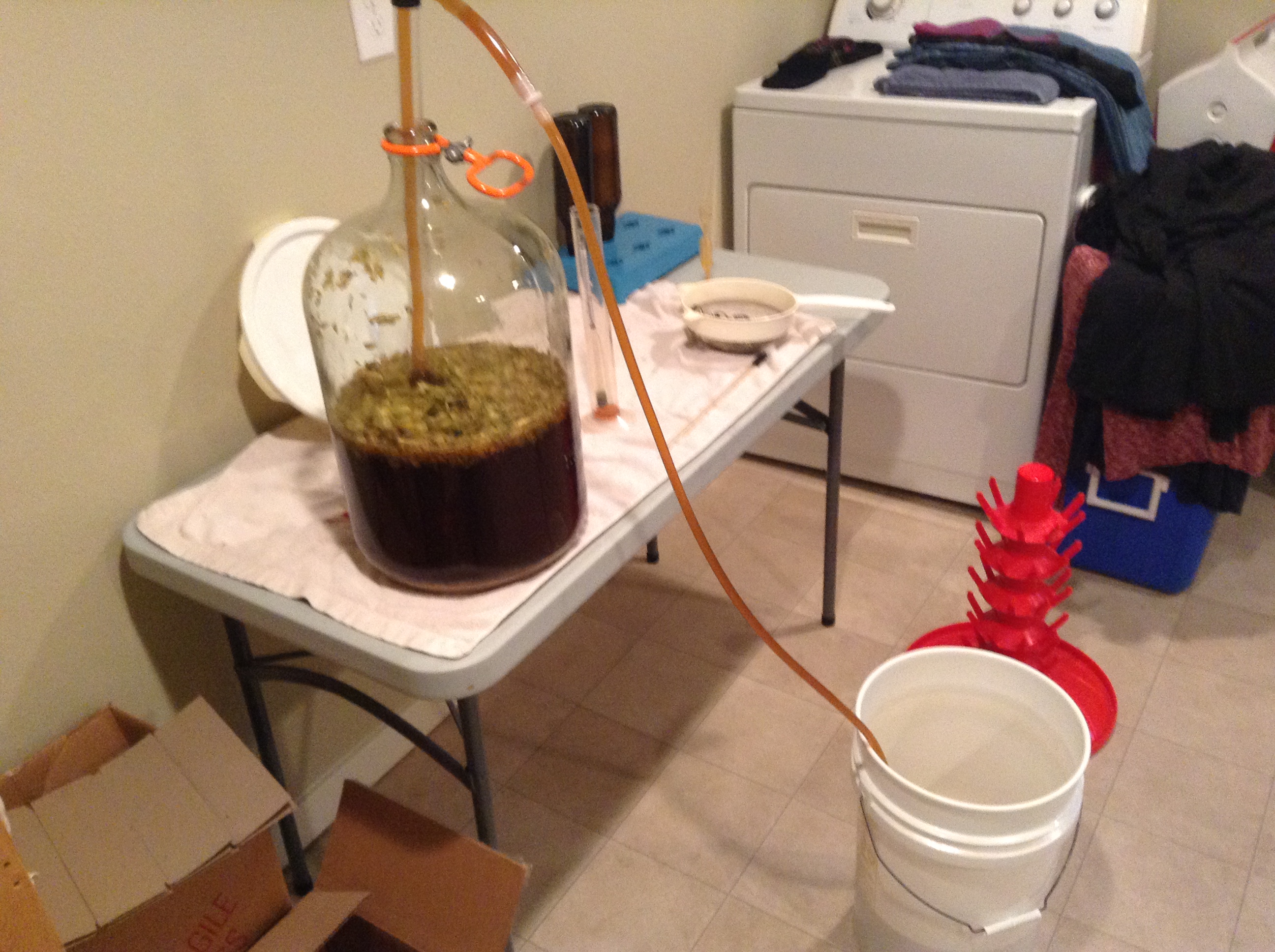 The other advantage to siphoning to a bucket this is that it’s another filter for the beer. As you can see, I’ve dry hopped this batch so this helps separate the liquid from the hops used, meaning less hops will end up in the beer that I drink.

Some hops will still be there. I’ll pick out the occasional leaf but that’s not so bad, really.

Next up, bottling the beer. I’ve got my bottling wand in there to make bottling easier and help prevent overfilling and spilling…which I eventually am going to do anyway because I am trying to take photographs of this for the blog. 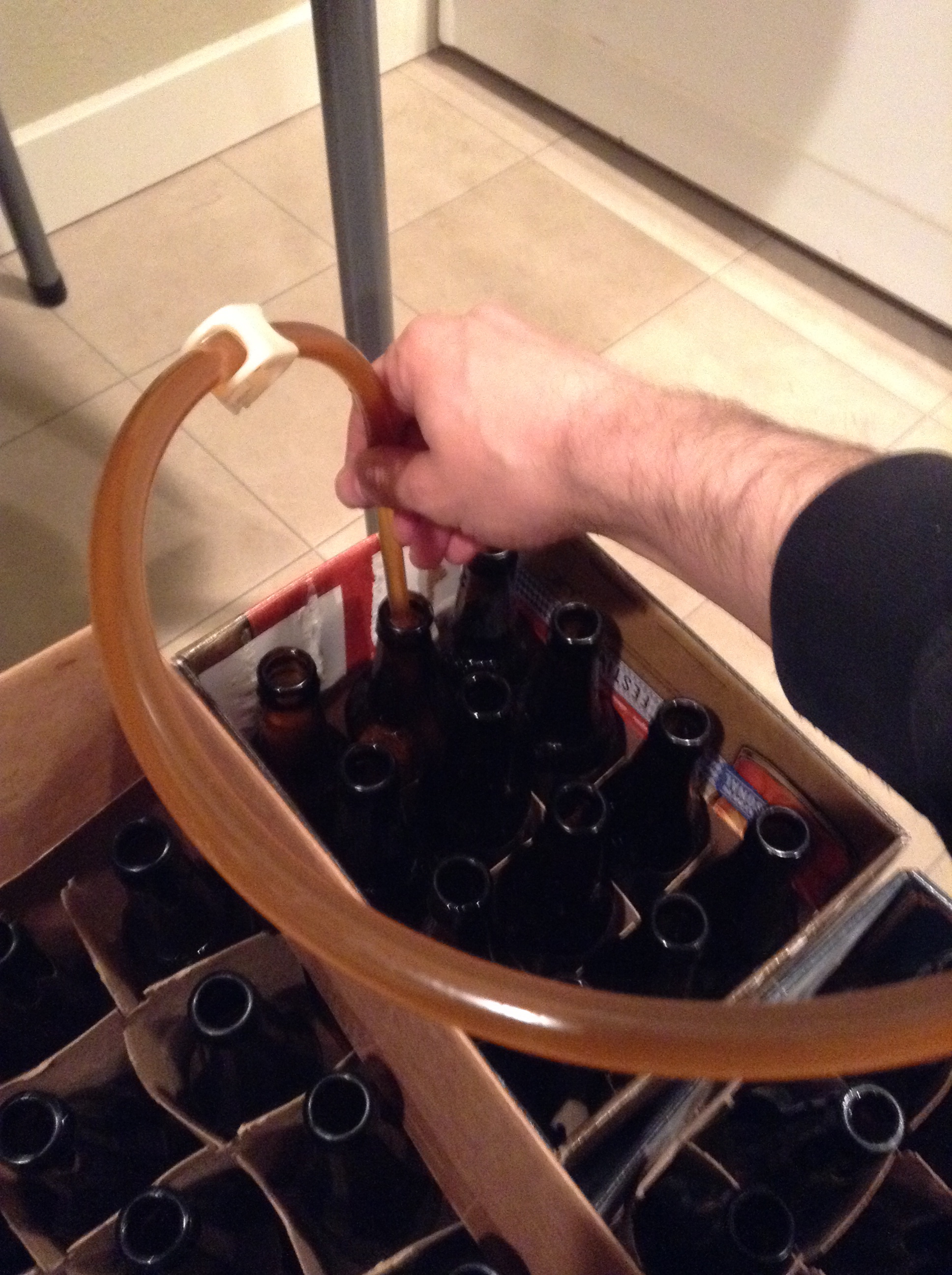 As I go, I try to place bottle caps on the bottles. This is to keep other things from falling in but it’s also to create a small barrier, so that if the yeast is starting to eat the sugar, the CO2 can start pushing the oxygen out now. Oxygen is bad for beer (but it’s great for yeast, which is why some brewers oxygenate their wort). Even if it’s not much oxygen being pushed out–or none at all, I’d probably still do it, to prevent anything else from getting in the beer.

And here we have the filled and capped bottles. The two gold caps (seen in the upper left box, bottom middle) are there so I can make some kind of clear notation as to what this beer is. That way I don’t have to check my spreadsheet every time I want to know what beer is coming up next.

Now that the beer is capped, I put it aside to carbonate, and clean everything up. 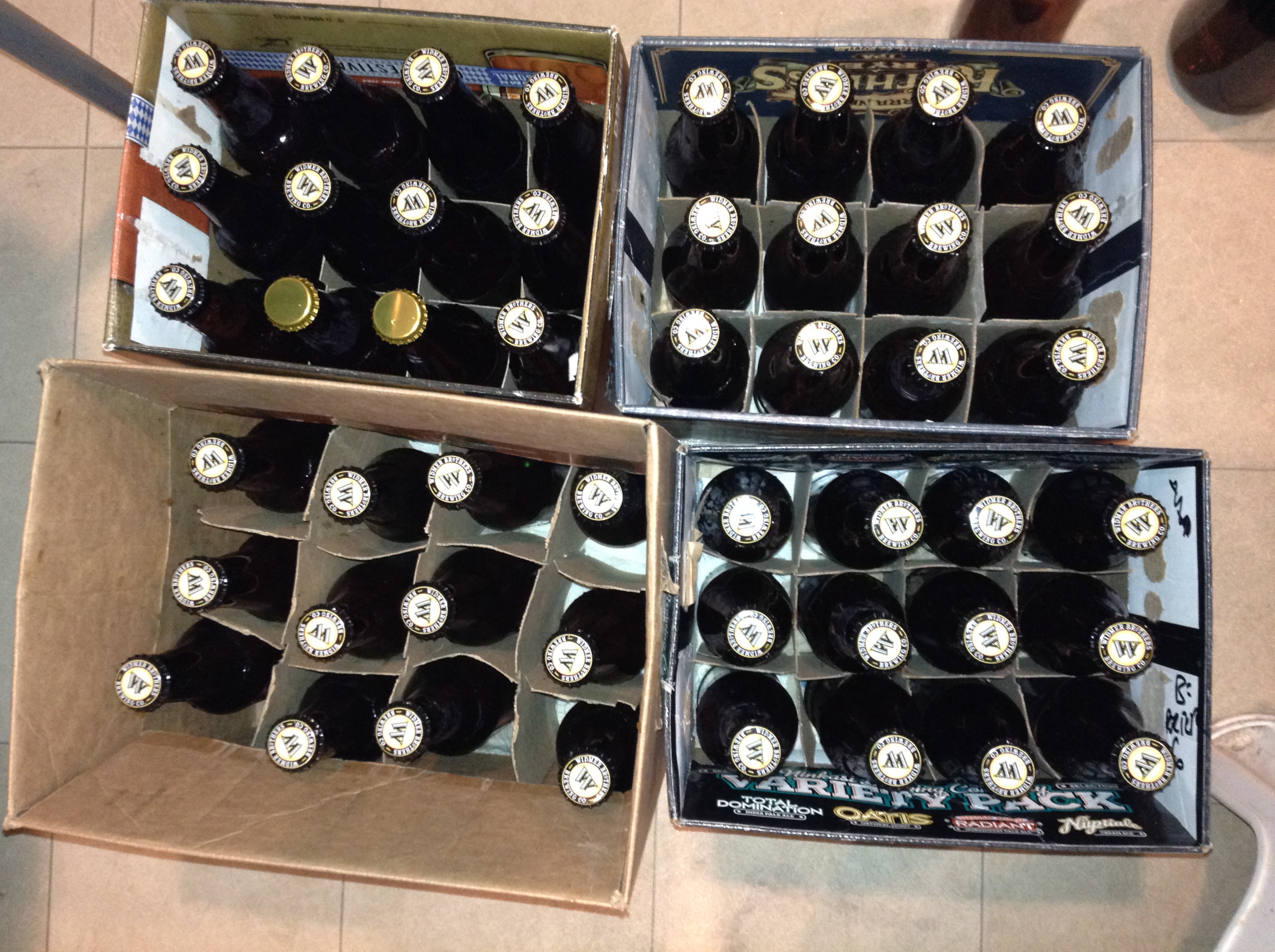